FORT ST JOHN: BC Hydro reached a new milestone on the Site C project with substantial completion of excavations in the Peace River diversion tunnels on December 24, 2019.

The two large diversion tunnels, located on the north bank of the river, are approximately 750 metres long and 11 metres in diameter. Beginning later this year, they will be used to reroute the Peace River around the dam site, allowing for the construction of the earthfill dam across the main river channel. 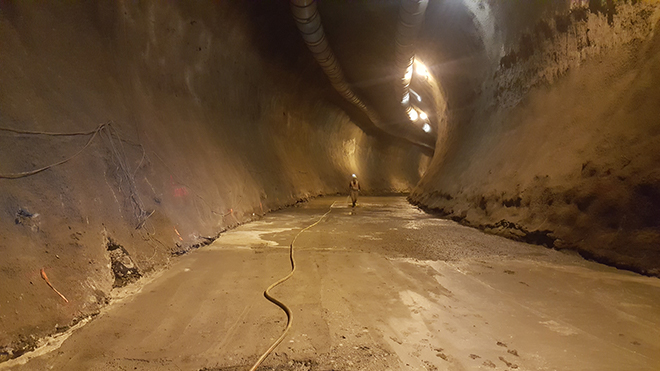 A look inside one of the fully excavated diversion tunnels, temporarily lined with shotcrete.

The concrete tunnel lining process is, on average, about 50 per cent complete in the tunnels. This involves using a custom-built slip form which enables concrete to cure in a perfect circle outside the form. At the same time, construction of the structures that will house the inlet gates are nearing completion; construction of the outlet gate structures will be completed once the concrete lining forms have been removed from the tunnels. 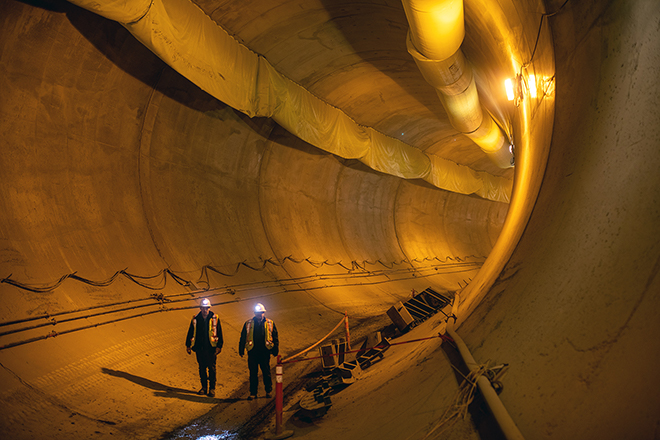 Workers walk through a segment of one of the diversion tunnels, recently lined with concrete.

BC Hydro remains on schedule to begin diverting the Peace River in September 2020. River diversion will be in place until the Site C reservoir is filled in 2023.